and Yes, it's snowing where i live. It really is. I'm not kidding.

Walk, smile, stop, run.
Run for the life inside you, as fast as your heartbeats can take. Not the feet, not the road, not the mind, not the world which flashes by in the inside of your eyelid.
Run till your throat runs cold, Run till that spot on the left of your stomach just above your waist stops paining because it’s too used to pain. Run till you can hear your heartbeat pounding on the palm of your foot.
If the world doesn’t get you, don’t breeze past. Get the world instead. Look past the shiny billboards, into the black sky. Take all the traffic noise, the halogen lights, the smelly armpits, the office hours, the monsoon muck, the mother’s screams, the power cuts, the smashed cell phone, and run.
Till you can’t.
Then walk. Smoke a cigarette. Smile. Stop. And run.
2 comments:

Two thousand and ONE, mind you.

My good friend texted me on 31st morning, and it read,
"Happy new year,i am king lear,eating eating beer,2001 near."

this year will go down as the year i opened my eyes.
No comments:

Hey Apple! ( try it with the exclamation mark! )

Yesterday, i carried out this experiment!
Of talking this way, you know! Like, everything you said! Would end with an exclamation mark!! (or two!! )

And i realised it was so cool! And so annoying!!

But mostly i figured that if everybody in the world spoke like this! This world would be so funny!!!!!
And SO annoying!!

So much, that there would be no wars! Because how could you take an order given like this seriously!
But you'd Definitely smash a few skulls! And while you were at it, you'd go, take this!

Cats are strange creatures, in a not so nice way. I like kittens, because they don't take themselves seriously. But cats usually have that air of bekaar ka bhao around them. It's happened Thrice now, a cat ( twice the same one, the third time was a different one ) has come and made my room its home, and given birth there. All of the three times, i have been immensely happy about it. The first time, it was till the li'l ones could start walking, the second was till they started eating on their own, and the third, i don't know, they hit fucking puberty or something, but Every time, once the cat thought that enough homely comfort had been gained, she's taken the li'l ones away into wilderness or wherever. When i went to sleep, there were kittens on my bed, hopping around and slapping each other.When i woke up, there was silence. And THEN she comes back again, purring and looking for food, acting like nothing just happened. And i feel like standing up and Applauding. However, somehow, they seem to gain my respect every now and then. I don't know why or how, but it is probably because they seem like they Really don't give a shit. My friend Sumeet had this theory that all dogs are male, and all cats are female. Give the dog some affection, some food, he's yours forever, but a cat, will eat all food, will pretend to ignore all affection, and will not let you even touch her.

Unconnected (or not), but I have been seeing this cat around my window for some time now. This picture is pretty old, but i've caught it in deep, whatseemslike really comfortable slumber in the Oddest of places. Like in the gap between grills of a window, or the corner of the electricity supply box amidst all the wires, or on the thin band of whatever coming out of the building you see above the pipe in the photograph.


( haha, the photo looks like it's out of the Daily Prophet or something, with the snow and all :D )
1 comment:

It happened quite a few days ago, but exams and suchlike have been on my mind. The thing is, that during bakreid, Jannagar Road turns into a khataal. Last year, i remember posting a photograph of a camel which was parked for qurbani under my house ( i know, ive recently realised this blog is more than one year old and that doesn't happen very often with me so i Keep harping on the fact ), and there are gorus from Australia who come over at this part of the year, so really, if you get yourself a bakra, you might as well sacrifice it in your bathroom.

Any way, this year, as has been the custom in the family for a few years now, came along a little khassi, as they call it. They come, they go. I am not really affected by it, i don't like fussing. There's no bond built, they usually know themselves that it's their last night before they get sacrificed. It's the way it happens, it's all a part of the food chain, the way the world works. But to be honest, this guy was a charming little fellow. I got him from khidderpore, he had black and white spots, and i knew he liked me from the moment i set my eyes on him. He never once moved left or right, never once shrieked, he happily trudged along wherever i took him, through fields and chaat walas, into the backseat of the car, and stayed there. He reached home, i left him in my room, and started watching tv. My mum commented on the fact that he Just does Not seem to have a vocal chord, and thus, bang on cue, to showcase to my mum what a lovely voice he had, the fellow started singing. So i came back into the room and asked him to chill it man, that she got it, and he obediently quietened down. And he stayed there, the entire night, sitting, and then getting up to get some exercise, eating leaves, letting out a yawn, or a sneeze and then going back to slouching. He was probably writing an autobiography in his head, it looked like that, but i couldn't be sure.

And then next morning happened, and i looked at him, and said, buddy, time up. He understood me perfectly, i could see it in his eyes. With no signs of any protest, he came along, quietly, let out a barrage of goat-potty Right at my front door, and then hopped down the stairs, i shit you not. The others were getting halaal-ed at that point of time, so i didn't let him see that, though i'm sure he would have braved it in his own unperturbed way, the hero. And so he came onto the playing field, and this is the part where people get violent. I couldn't bare to see it, of course, let alone chalao the knife across his throat, but they told me he didn't even twitch through it all, in a way that he was a convenient fellow, and had no 'badan mein phurti'.

Of Course, i thought. He didn't really belong to this world of gleeful violence, you see. Actually, to be honest, and i knew this all along, i really just thought that he was a bit of a stoner.
9 comments:

So now, it's confirmed. It's true.

Three of Pathak's maids told him about a disease which is doing the rounds of the villages around calcutta where for the males the penis, and for the females the breasts are suddenly shrinking in size. I laughed it off, obviously, telling him that it's okay, everyone thinks it's bigger anyway, so one person thought that it Just happened, and hence everyone joined in to make themselves feel better. But then the next day i heard about the same disease from three friends in Entirely different friend circles, and all of them drew the line back to the maid at Their place.

Now google tells me that it's happened in Gurgaon too.

I don't remember asking you a goddamn thing. 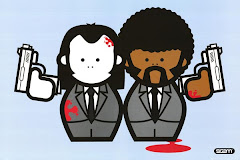 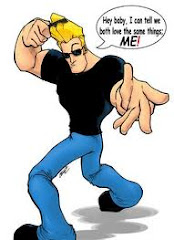 Swept under the carpet.